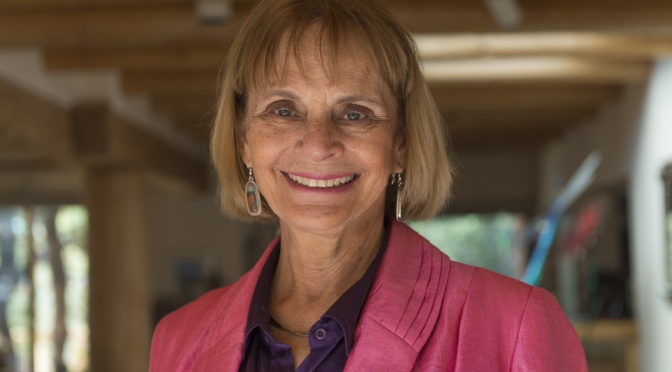 You have a history with the ReadWest Adult Literacy Program, correct? Can you tell us a little bit about that?
My very first event as a speaker attempting to follow in my Dad’s footsteps was with ReadWest. The venue was a hotel in Rio Rancho. I hadn’t done much public speaking at the time, and I remember sitting in the car in the parking lot giving myself a pep talk. Of course, the audience was warm and receptive. ReadWest has had a special place in my heart ever since.

How important has the ability to read been in your life?
It’s vital. Reading is like breathing to me.

Many of us at ReadWest are avid readers and some have a hankering to write as well. So, of course, we are curious, where do you get your ideas for a story?
Ideas come from everywhere, from conversations; from things I read in the newspaper or watch on TV; from observing people as they interact; from road trips to the reservation; from things that happened to me as a child or a teenager. I get ideas from my many years as a newspaper reporter and editor, and from growing up in a large family with five siblings, all of us very different. For me, the tricky thing is deciding which ideas have enough substance to become part of a longer story.

How do you build a story into a full book?
That’s an excellent question. I build it word-by-word, scene by scene, with a lot of hard work and concentration. I add subplots, cultural elements, descriptions of our beautiful Southwestern landscape, and perhaps some history of the real places that I write about. Then I trim it back so the plot moves forward.

How did your dad being an author influence you?
I grew up surrounded by stories and observing my Dad’s tremendous passion for his work. He and my mother were constant readers and talked about the books they loved. They both encouraged me to read and to write. They were my fans, the same way parents with children who love sports support them.

Your latest book is Cave of Bones. Can you share what your biggest challenge was in writing this book?
My biggest challenge was the Jim Chee character. After a draft of the book was finished, I decided that Chee didn’t have enough to do, so I retrofitted a more complicated subplot. Making that flow with the rest of the story kept my brain busy for a while.

Were there any surprises?
Yes, always. For me, that’s what makes writing novels so much fun. In addition to the new subplot, the character of Franklin popped up and grew into a major player, luring my main crime solver out into a blizzard to search for him. Later, Franklin gets involved in a hostage situation. I love surprises like this. People who write from outlines probably have fewer of these unexpected developments.

Audiobooks are becoming more and more popular; do you feel it’s an effective way to hear a story?
I hear from many “readers”: who are actually listeners and they tell me they enjoy the stories. My daughter has vision problems, which makes it hard for her to read a printed book so she absorbs the stories with her ears. I think audiobooks are great.

Of course, we had to ask, do you prefer traditional books or e-books for your own reading?
Normally I read paper books because I spend so much of my day staring at a screen for work. When I’m traveling I like ebooks because I can take a whole library with me.

One of our volunteers has a saying, “Writers need readers.” What are some ways that writers could be more involved with literacy?
Volunteering with programs like yours is a great way. Writers can help in schools, summer reading programs, with kids in detention facilities and with adult prisoners. There are programs that use writing to help people with dementia, PTSD, you name it. We can also help by saying yes to fundraising events that help to grow more readers.

Is there anything else you’d like to share?
Thanks for the opportunity to answer your questions and for all the good work ReadWest does. Teaching someone how to read is the best gift of all.

Anne belongs to many writers’ organizations and serves on the board of Western Writers of America. In 2015, she was deeply honored to be invited by the University of New Mexico to present the annual Rudolfo and Patricia Anaya Lecture on the Literature of the Southwest. She is a frequent presenter at the Tucson Festival of the Book and represented New Mexico at the National Book Festival hosted by the Library of Congress.

She lives and works in Santa Fe with frequent trips to the Navajo Nation.

Note from the ReadWest Executive Director, Muncie Hansen: For the last ten years, if ReadWest was celebrating, Anne Hillerman was there. She has been a champion for literacy and a real friend to ReadWest. At our 20th anniversary, Anne and her photographer husband, Don Strel, debuted their book, Tony Hillerman’s Landscape: On the Road with Leaphorn and Chee. Then at our 25th Anniversary, Anne had just published, The Spider Woman’s Daugther. In the historic San Ysidro chapel in Corrales, she shared the challenges of continuing the characters her father, Tony Hillerman, had created. As big fans, we celebrate her success as an award-winning western writer. She has a special place in our hearts too.

If you decide to purchase Anne’s latest book Cave of Bones, be sure to select ReadWest as your AmazonSmile charity.